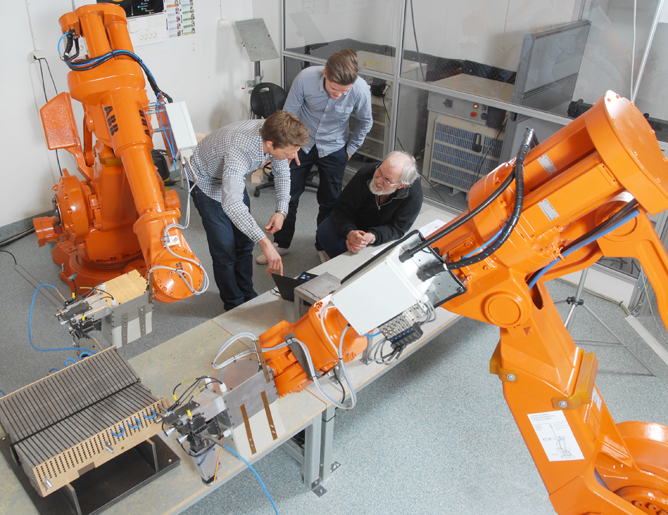 Industrial robot automation has large impact on the competitiveness of the industry of the Western world. In particular, the automotive industry has been implementing robots successfully, but the use of robotics is increasing also in other areas, and the potential for further improvements is large. In our research, we focus on using industrial robots within large-scale production of large electrical machines. The most important application is the production of wave power generators that have been developed at the division. In order for wave power to become a viable and competitive energy source, the construction costs must be minimized. The solutions for robotic automation can be adapted and implemented also for the mounting of other similar machines. Our main research topics are:

These topics have in common, that they are challenging areas where there are no automation systems existing today, or where the methodology can be greatly improved.

The research group has access to ten industrial robots in three robot labs and two independent robot cells. Theory and practice is combined in our work, for example by designing and constructing robotic tools, sensor systems, measurement circuits, by modelling, programming and optimizing robotic processes and PLC in computer environments, and by optimizing and validating the theory with physical equipment.