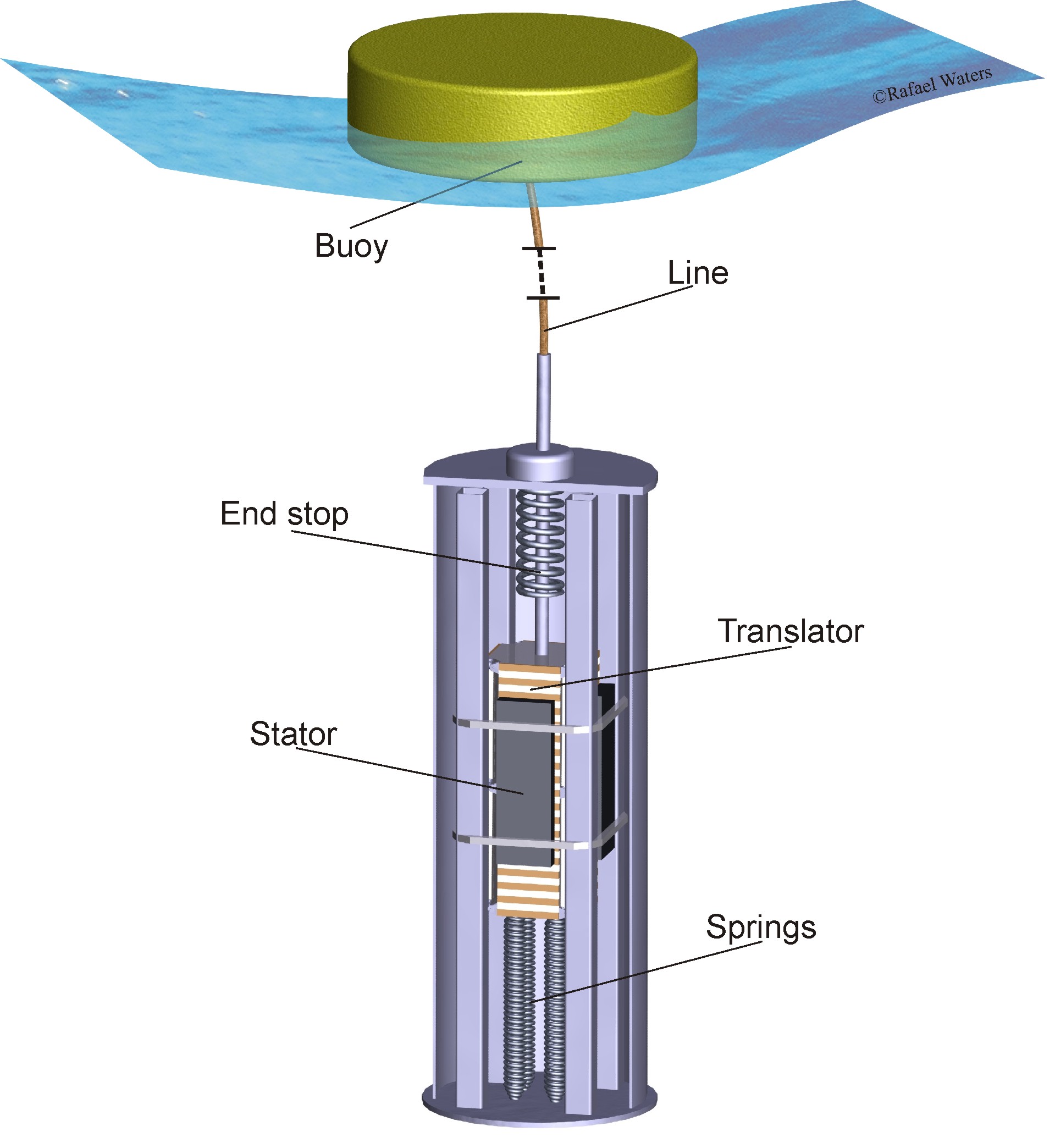 The Uppsala University wave power concept is based on simplicity and functionality to ensure a robust and effective system for converting wave energy to electricity in the grid. The main idea is simple: a buoy at the sea surface is moving due to the motion of the waves, and connects to a direct-driven, linear generator where the motion is converted to electricity.

Forces in waves can be very large, especially in storms, and survivability is a key issue in wave power technology. It has previously been recommended that, to shelter the wave power plant from the extreme destructive powers of the ocean, as much as possible of the wave power plant should be concealed underneath the surface. In view of this, placing the most critical component, namely the generator, on the sea bed is an important part of the Uppsala concept. The buoy, acting as power take-off, is a robust, cheap, and insensitive component, and together with the line it is the only part of the energy system directly affected by the extreme mechanical forces of the ocean surface. To prevent seawater from entering the system, a rod connects the rotor with the buoy line through a sealing device on top of the capsule. The system is designed to work at depths ranging from 20 to 100 m.

The wave power system is simple, in the sense that the amount of moving parts and expensive technology is minimized. This reduces the risk for failure and the costs for off-shore maintenance.

The first Uppsala University full-scale wave energy converter (WEC) was developed and deployed at the Lysekil research site in 2006, and twelve full-scale WECs have been developed since. Please read more about our recent research activities here.