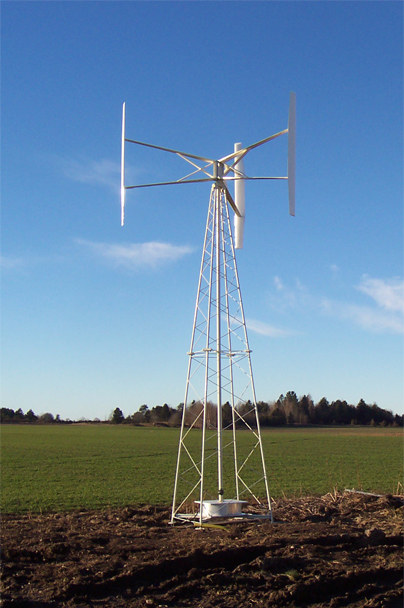 The generator of a vertical axis wind turbine can be placed on the ground which allows an optimization for price and performance. The system developed at Uppsala University uses a direct drive generator and therefore no gearbox, which is beneficial as gearboxes failure is a common cause of downtime for conventional wind turbines. The vertical wind turbine is instead controlled electrically by means of the generator. Elimination of the pitch system further reduces the risk of downtime and the need for maintenance.