Lägg till i din kalender

The Earth is also called the blue planet, because more than 70 % of its surface is covered by water, mainly in oceans and seas. Wind blowing over the oceans is creating water waves, which can travel thousands of kilometers with just a small energy loss. Despite the abundant potential for the green energy market, wave energy is not yet exploited to the extent of wind and solar energies.
There have been numerous attempts to convert wave energy into electricity. The wave energy converter, developed at Uppsala University, Sweden is of a point absorber type. The principal idea lies in utilizing a novel linear generator. The translator is a moving part inside the submerged linear generator and it is connected to a buoy, ﬂoating on the water surface. The buoy moves with the waves and the translator is dragged up and down relative to the stator. This reciprocal motion induces a voltage in the stator windings.
The up-to-date stage of development for wave energy converters poses various issues. Still open challenges hold the technology away from commercial energy production. One of the main goals in wave energy research is to enhance the absorbed power for a single device, as well as for a wave power park of multiple wave energy converters. The power harvest can be increased in different ways, for example by optimizing the buoy, the generator or by implementing control on the operation of the device.
This thesis focuses on studying wave energy converters in different wave climates by their power absorption. The main criteria inﬂuencing absorbed power are buoy size, weight on the system, damping force and available wave energy potential at the location of interest. The damping force can be computed by different approaches: constant optimal damping, resistive load (replicating passive control of currents in the stator windings) and RC-load (modeling a grid connected linear generator with an active rectiﬁcation, such as phase angle compensation).
Waves have a random nature. Therefore, the grid connection of the linear generator requires special solution. Power ﬂuctuations of converted wave energy by the direct drive linear generator may affect the integration into existing electrical grids. To study the connection of a single wave energy converter, as well as the wave park of three and ten devices, power hardware in the loop experiments have been carried out. The power quality analysis has been performed.
Wave power has high potential and it can be integrated into the existing wind and solar energy production towards fully renewable microgrids. Yet, there is a chance of at least one quiet night during the year, when there are no wind and no waves. Estimation of frequenc occurrence of absorbed power gives an insight into the regularity of such events. A case study in Hvide Sande, Denmark is presented. A mix of renewable energies (wind, solar and wave) is beneﬁcial, as it gives a more stable energy supply with less variation in power production than when taken individually. Based on 30 years of historical data it is concluded, that the required battery size is sufﬁciently reduced for the renewable energy mix. The mix of wind, solar and wave has been shown to secure the lowest frequency of zero occurrences in power production and therefore is the most favorable choice for the future. 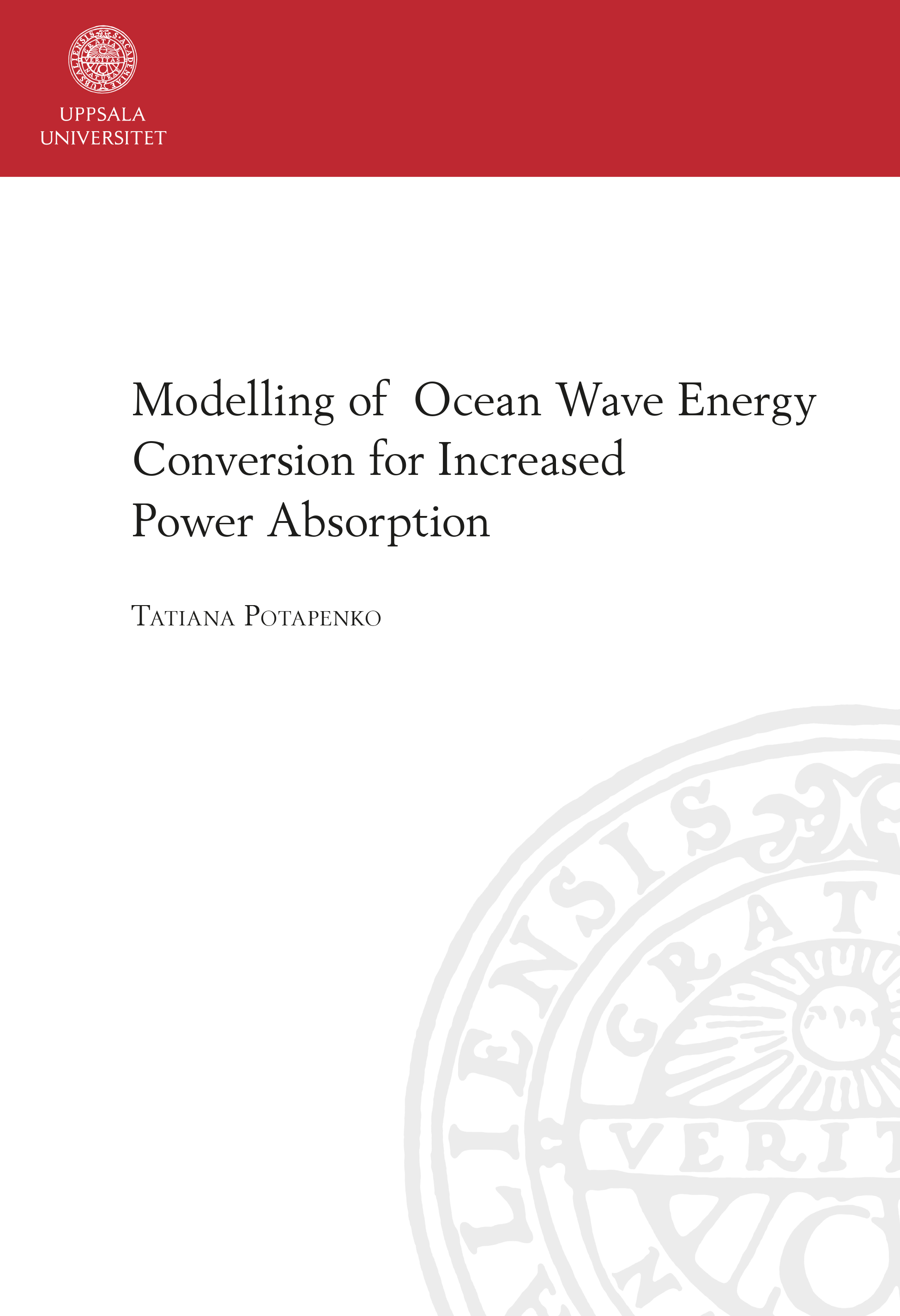